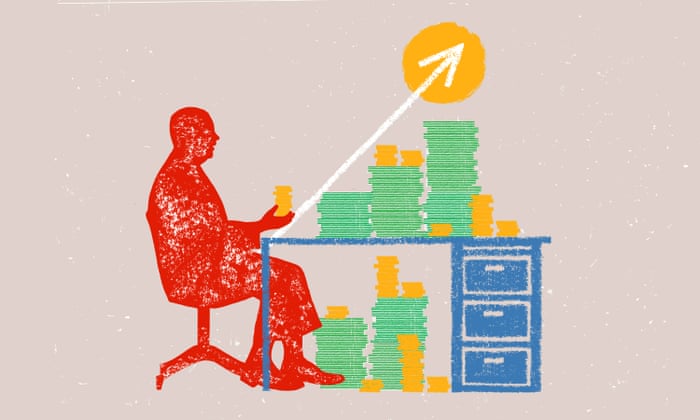 The plight of Boeing shows the perils of modern capitalism. The corporation is a wounded giant. Much of its productive capacity has been mothballed following two crashes in six months of the 737 Max, the firm’s flagship product: the result of safety problems Boeing hid from regulators.

Just a year ago Boeing appeared unstoppable. In 2018, the company delivered more aircraft than its rival Airbus, with revenue hitting $100bn. It was also a cash machine, shedding 20% of its workforce since 2012 while funneling $43bn into stock buybacks in roughly the same period. Boeing’s board rewarded its CEO, Dennis Muilenburg, lavishly, paying him $23m in 2018, up 27% from the year before.

There was only one problem. The company was losing its ability to make safe airplanes. As Scott Hamilton, an aerospace analyst and editor of Leeham News and Analysis, puts it: “Boeing Commercial Airplanes clearly has a systemic problem in designing, producing and delivering airplanes.”

Something is wrong with today’s version of capitalism. It’s not just that it’s unfair. It’s that it’s no longer capable of delivering products that work. The root cause is the generation of high and persistent profits, to the exclusion of production. We have let financiers take over our corporations. They monopolize industries and then loot the corporations they run.

The executive team at Boeing is quite skilled – just at generating cash, rather than as engineers. Boeing’s competitive advantage centered on politics, not planes. The corporation is now a political machine with a side business making aerospace and defense products. Boeing’s general counsel, former judge Michael Luttig, is the former boss of the FBI director, Christopher Wray, whose agents are investigating potential criminal activity at the company. Luttig is so well connected in high-level legal circles he served as a groomsman for the supreme court chief justice, John Roberts.

Boeing used its political connections to monopolize the American aerospace industry and corrupt its regulators. In the 1990s, Boeing and McDonnell Douglas merged, leaving America with just one major producer of civilian aircraft. Before this merger, when there was a competitive market, Boeing was a wonderful company. As journalist Jerry Useem put it just 20 years ago, “Boeing has always been less a business than an association of engineers devoted to building amazing flying machines.”

But after the merger, the engineers lost power to the financiers. Boeing could increase prices, lay off workers, reduce quality and spend its cash buying back stock.

And no one could do anything about it. Customers and suppliers no longer had any alternative to Boeing, and Boeing corrupted officials in both parties who were supposed to regulate it. High profits masked the collapse in productive skill until the crashes of the 737 Max.

Boeing’s inability to make good safe airplanes is a clear weakness. It is, after all, an airplane aerospace company. But because Boeing is America’s only commercial airplane company, the crisis is rippling across the economy. Michael O’Leary, CEO of Ryanair, which ordered 58 737 Max planes, says his company cannot grow as planned until Boeing, “gets its shit together”. Contractors and subcontractors slowed production of parts for the airplane, and airline customers scrambled to address shortages of airplanes.

Far from being an anomaly, Boeing is the norm in the corporate world across the west. In 2016, the Economist noted that profits across the corporate sector were high and persistent, a function of a lack of competition across swaths of the economy. If corporations don’t have to compete, they can raise prices to buyers, lower what they pay to suppliers and workers, and reduce quality.

High profits result in sloth and corruption. Many of our industrial goliaths are now run in ways that are fundamentally destructive. General Electric, for instance, was once a jewel of American productive capacity, a corporation created out of George Westinghouse and Thomas Edison’s patents for electric systems. Edison helped invent the lightbulb itself, brightening the world. Today, as a result of decisions made by Jack Welch in the 1990s to juice profit returns, GE slaps its label on lightbulbs made in China. Even worse, if investigator Harry Markopoulos is right, General Electric may in fact be riddled with accounting fraud, a once great productive institution strip-mined by financiers.

These are not the natural, inevitable results of capitalism. Boeing and GE were once great companies, working in capitalist open markets.

So what went wrong? In short, the law. In the 1970s, a host of thinkers on the right and left – from Milton Friedman to George Stigler to Alfred Kahn to the current liberal supreme court justice Stephen Breyer – argued that policymakers should take restraints off capital and get rid of anti-monopoly rules. They used many terms to make this case, including deregulation, cost/benefit analysis, and the consumer welfare standard in antitrust law. They embraced the shareholder theory of capitalism, which emphasizes short-term profits. What followed was a radical consolidation of market power, and then systemic looting.

The disease of inefficiency and graft has spread to the government

Today, high profit margins are a pervasive and corrupting influence across the government and corporate sectors. Private equity firms moved capital from corporations and workers to themselves, destroying once healthy retailers like RadioShack, Toys R Us, Payless and K-Mart.

The disease of inefficiency and graft has spread to the government. In 1992, Harvard Professor Ash Carter, who later become the secretary of defense under Obama, wrote that the Pentagon was too difficult to do business with. “The most straightforward step” to address this, he wrote, “would be to raise the profit margins allowed on defense contracts.” The following year Prof Carter was appointed assistant secretary of defense for international security policy in the first Clinton administration, which followed his advice.

Earlier this year, the defense department found that one defense contractor run by private equity executives had profit margins of up to 4,451% on spare parts it sold to the military. Consulting giant McKinsey was recently caught trying to charge the government $3m a year for the services of a recent college graduate.

The ultimate result of concentrating wealth and corrupting government is to concentrate power in the hands of a few. We’ve been here before. In the 1930s, fascists in Italy and Germany were gaining strength, as were communists in the Russia. Meanwhile, leaders in liberal democracies were confronted by a frightened populace losing faith in democracy. American political leaders were able to take on domestic money lords with a radical antitrust campaign to break the power of the plutocrats. Today we are in a similar situation, with autocrats making an increasingly persuasive case that liberal democracy is weak.

The solution to this political crisis is fairly simple, and it involves two basic principles. One, policymakers have to increase competition for large powerful companies, to bring profits down. Executives should spend their time competing with each other to build quality products, not finding ways of attracting former generals, or administration officials to their board of directors. Two, policymakers should raise taxes on wealth and high incomes to radically reduce the concentration of wealth, which will make looting irrational.

Our system is no longer aligning rewards with productive skill. Despite the 737 Max crisis, Boeing’s stock price is still twice as high as in July 2015, when Muilenburg took over as CEO. That right there is what is broken about modern capitalism. We had better fix it fast