IELTS Reading: For the sake of life on Earth, we must put a limit on wealth

For the sake of life on Earth, we must put a limit on wealth

It is not quite true that behind every great fortune lies a great crime. Musicians and novelists, for example, can become extremely rich by giving other people pleasure. But it does appear to be universally true that in front of every great fortune lies a great crime. Immense wealth translates automatically into immense environmental impacts, regardless of the intentions of those who possess it. The very wealthy, almost as a matter of definition, are committing ecocide. 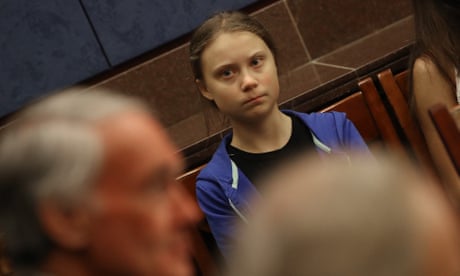 A few weeks ago, I received a letter from a worker at a British private airport. “I see things that really shouldn’t be happening in 2019,” he wrote. Every day he sees Global 7000 jets, Gulfstream G650s and even Boeing 737s take off from the airport carrying a single passenger, mostly flying to Russia and the US. The private Boeing 737s, built to take 174 passengers, are filled at the airport with around 25,000 litres of fuel. That’s as much fossil energy as a small African town might use in a year.

Where are these single passengers going? Perhaps to visit one of their superhomes, constructed and run at vast environmental cost, or to take a trip on their superyacht, which might burn 500 litres of diesel an hour just ticking over, and which is built and furnished with rare materials extracted at the expense of beautiful places.

Perhaps we shouldn’t be surprised to learn that when Google convened a meeting of the rich and famous at the Verdura resort in Sicily in July to discuss climate breakdown, its delegates arrived in 114 private jets and a fleet of megayachts, and drove around the island in supercars. Even when they mean well, the ultrarich cannot help trashing the living world.

A series of research papers shows that income is by far the most important determinant of environmental impact. It doesn’t matter how green you think you are; if you have surplus money, you spend it. The only form of consumption that’s clearly and positively correlated with good environmental intentions is diet: people who see themselves as green tend to eat less meat and more organic vegetables. But attitudes have little bearing on the amount of transport fuel, home energy and other materials you consume. Money conquers all.

The disastrous effects of spending power are compounded by the psychological impacts of being wealthy. Plenty of studies show that the richer you are, the less you are able to connect with other people. Wealth suppresses empathy. One paper reveals that drivers in expensive cars are less likely to stop for people using pedestrian crossings than drivers in cheap cars. Another revealed that rich people were less able than poorer people to feel compassion towards children with cancer. Though they are disproportionately responsible for our environmental crises, the rich will be hurt least and last by planetary disaster, while the poor are hurt first and worst. The richer people are, the research suggests, the less such knowledge is likely to trouble them.

Another issue is that wealth limits the perspectives of even the best-intentioned people. This week, Bill Gates argued in an interview with the Financial Times that divesting (ditching stocks) from fossil fuels is a waste of time. It would be better, he claimed, to pour money into disruptive new technologies with lower emissions. Of course we need new technologies. But he has missed the crucial point: in seeking to prevent climate breakdown, what counts is not what you do but what you stop doing. It doesn’t matter how many solar panels you install if you don’t simultaneously shut down coal and gas burners. Unless existing fossil fuel plants are retired before the end of their lives, and all exploration and development of new fossil fuel reserves is cancelled, there is little chance of preventing more than 1.5C of global heating.

But this requires structural change, which involves political intervention as well as technological innovation: anathema to Silicon Valley billionaires. It demands an acknowledgement that money is not a magic wand that makes all the bad stuff go away.

Tomorrow, I’ll be joining the global climate strike, in which adults will stand with the young people whose call to action has resonated around the world. As a freelancer, I’ve been wondering who I’m striking against. Myself? Yes: one aspect of myself, at least. Perhaps the most radical thing we can now do is to limit our material aspirations. The assumption on which governments and economists operate is that everyone strives to maximise their wealth. If we succeed in this task, we inevitably demolish our life support systems. Were the poor to live like the rich, and the rich to live like the oligarchs, we would destroy everything. The continued pursuit of wealth in a world that has enough already (albeit very poorly distributed) is a formula for mass destitution.

A meaningful strike in defence of the living world is, in part, a strike against the desire to raise our incomes and accumulate wealth: a desire shaped, more than we are probably aware, by dominant social and economic narratives. I see myself as striking in support of a radical and disturbing concept: enough. Individually and collectively, it is time to decide what “enough” looks like, and how to know when we’ve achieved it.

There’s a name for this approach, coined by the Belgian philosopher Ingrid Robeyns: limitarianism. Robeyns argues that there should be an upper limit to the amount of income and wealth a person can amass. Just as we recognise a poverty line, below which no one should fall, we should recognise a riches line, above which no one should rise. This call for a levelling down is perhaps the most blasphemous idea in contemporary discourse.

But her arguments are sound. Surplus money allows some people to exercise inordinate power over others: in the workplace; in politics; and above all in the capture, use and destruction of the planet’s natural wealth. If everyone is to flourish, we cannot afford the rich. Nor can we afford our own aspirations, which the culture of wealth maximisation encourages.

The grim truth is that the rich are able to live as they do only because others are poor: there is neither the physical nor ecological space for everyone to pursue private luxury. Instead we should strive for private sufficiency, public luxury. Life on Earth depends on moderation.

• This article was amended on September 19 to remove an inaccurate reference to the world’s most expensive superyacht.

• George Monbiot is a Guardian columnist

As the crisis escalates…

… in our natural world, we refuse to turn away from the climate catastrophe and species extinction. For The Guardian, reporting on the environment is a priority. We give reporting on climate, nature and pollution the prominence it deserves, stories which often go unreported by others in the media. At this pivotal time for our species and our planet, we are determined to inform readers about threats, consequences and solutions based on scientific facts, not political prejudice or business interests.

More people are reading and supporting The Guardian’s independent, investigative journalism than ever before. And unlike many news organisations, we have chosen an approach that allows us to keep our journalism accessible to all, regardless of where they live or what they can afford. But we need your ongoing support to keep working as we do.

The Guardian will engage with the most critical issues of our time – from the escalating climate catastrophe to widespread inequality to the influence of big tech on our lives. At a time when factual information is a necessity, we believe that each of us, around the world, deserves access to accurate reporting with integrity at its heart.

Our editorial independence means we set our own agenda and voice our own opinions. Guardian journalism is free from commercial and political bias and not influenced by billionaire owners or shareholders. This means we can give a voice to those less heard, explore where others turn away, and rigorously challenge those in power.

We need your support to keep delivering quality journalism that’s open and independent. Every reader contribution, big or small, is so valuable